Ana is working in visual arts. She obtained her bachelor’s and master’s degrees in arts at the Academy, and did post-graduate studies in digital art. 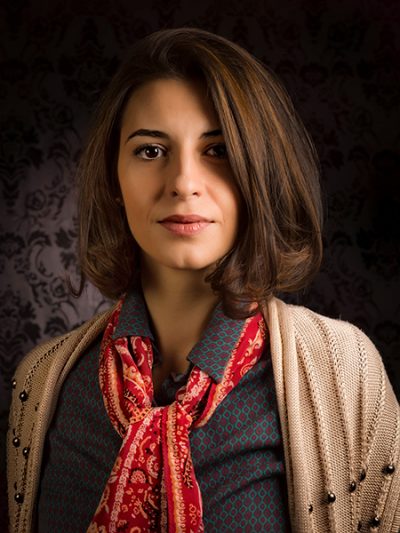 Currently she works at the University of Belgrade as a teaching assistant on subjects related to animation pre-production and character design.

A Serbia that invests in education and culture, and where there are no divisions, is the country that Ana wants to see in the future. “I would like to see a country that invests more in education and culture, one that understands the importance of these aspects of our lives. All other industries depend on up-to-date knowledge, which means that farmers, for example, must be educated to be able to give the best results. And if we don’t have a good attitude towards education and culture in general, then our values collapse. I’d like to see the moment we have no social divisions, which are simply a product of vanity. Sometimes the differences are a bit larger so people are in some sort of a clinch. We are divided into those who live in the city and in the countryside, those who are scientists, or artists, or even sub-categories of artists. We are always dividing amongst ourselves. Any time the economic aspects are not stable it results in many different responses, some interesting, some negative, good and bad, depending on the indivudual’s perception.

The maturity of the Serbian people makes Ana feel proud of her country. “Difficult life circumstances and numerous wars, sanctions and everything that followed us in recent decades all resulted in a specific kind of maturity. It makes us value life more and celebrate the little things. Also, as people might be a little late with their knowledge of neoliberal-capitalism, I have to agree. It is truly a global movement which features a beauty in simplicity and connection with nature, whether it’s through the production of food or other crafts. All the things that we may have started appreciating again, now more than before we lost them or started losing them. ”

The value system, on the other hand, is something that is problematic for Serbia. “Maybe it would be the most decent thing to say that I’m worried about our system of values. I grew up with another system that is not dominant here anymore. The less educated people are manipulated through political ideology and I think it’s scary. This is definitely not a unique scenario but it’s terrible that it happens under the veil of democracy and European integration, when actually it brings the collapse of all those values that we see Europe to mean in more developed countries. It seems like we are always late. Instead, we should prevent certain things from happening, things that already happened in the European Union countries, and we should learn from their mistakes and try to avoid them. But we just have to hit the wall again and again.”

Ana is always looking for variety in her life. She’s interested in many things, she wants to try them, she believes that she must explore without wasting time because, as she says, life is short.